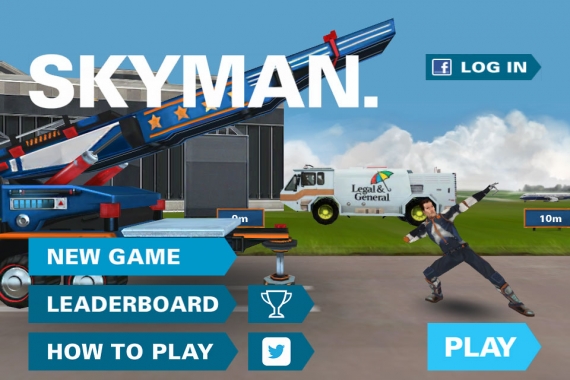 Flight of the Skyman App

PSNStores’ customary end of year review lists their top awarded games from 2012. We are really pleased to announce that they had a particular soft spot for Nom Nation, awarding it an Editor Choice Award.

If you would like more info on the game please head over to www.playnomnation.com.

And so, as the year draws to an end, the frost turns to rain and the studio prepares itself for project Xmas (one of joy and undoubtedly a little gluttony), we thought we’d recap on this year’s projects as our ‘portfolio’ site can’t keep up.

It’s been a very very busy year for us in which we’ve learnt so much. It’d be impossible to write it all down in fact. However we managed to spread our efforts across many platforms, languages and clients whilst also self publishing a huge number of projects which has possibly been the biggest eye opener into the pros and cons of paid, freemium, in-app purchases and ad delivery.

Although there are three excellent multi-platform projects which are so very close to completion they alas did not cross the finish line. So the list reads:

• Loot The Land – self published (PSMobile)

• Mad For The Mix for Arthur London (Facebook, iOS, Android)

• Neglect for University of Kent (Web)

• Tell the Time With Bubbimals – self published (iOS, Android)

• Say What You See (SWYS) for Big Ideas (Amazon)

• A ‘hush-hush’ interaction project for Channel4

We pitched for some really excellent projects too and although for some we ended being the bridesmaid rather than the bride, some others we successfully hitched up with. We’ve always delivered work-for-hire web projects to clients and made them happy, always do updates and keep promoting. However the more one self-publishes content on handhelds and smartphones the more you realise how marmite-like the press consumer audience can be.

I’ve learnt there are no ‘half measures’ when it comes to reviews. Everything’s either ecstatic or bordering on vitriolic (even for free games) and generally not much consensus. This is no bad thing, as they make you focus much more on QA and testing and you realise just how precious that initial window of promotion can be to the success of a game. You can always do updates after the launch, but you can’t change early reviews so managing the expectations of the consumers and press needs to be carefully considered.

In 2013 we’re looking forward to pushing much harder to get our foot out of the office door and into other people’s. Promoting and presenting ourselves in a better way has to be top of the agenda, so expect a new website early in the year and feel free to email us to ask where the hell it is if the old one is still here in February.

Some of our client 2012 work was shortlisted for awards and occasionally won too, result! We are developing some really exciting and interesting projects for next year and desperately need a better format to showcase our work and achievements.

Finally, thanks for all the follows on Twitter and likes on Facebook. We try to keep the drivel to a minimum. Happy Christmas!

Fantastic news last night as Nightmare High won a children’s BAFTA after being up against some very stiff competition in the form of CBBC’s Tree Fu Tom, Disney’s Where’s my Water and CBBC’s Deadly Planet. We developed all the games for Somethin’ Else and Channel4 Education who created and managed the project and developed the story, website and all the filming.

Agency of Coney provided alot of the educational thinking and Ben Steers supplied the style for the characters. It was actually a tough project to produce games for as the there were some very specific learning outcomes that needed to be considered, many of which didn’t naturally lend themselves to games.

However our aim is always to keep the games challening and fun whilst still producing the right learning outcomes. The games we produced formed modules within a tight storyline from Somethin’ Else that the player has to experience. A mix of video, information, and entertainment to help encourage resilience and transition for school children moving from primary level to secondary level.

Well done to all the team involved.

For anyone playing Chronovolt who hasn’t been able to collect two chronovolts on the final Space level, the bug has already been fixed and we’re working on a second patch to send to Sony.

Sorry for that little oversight, it prevents the player from getting 3 stars on the last level of the game. This bug is not in the forthcoming US release and only affects the initial release in Europe and other regions.

We’ve also realised that the explorer achievement is only awarded on completion of level 10 and not level 9, this will be fixed in the next patch.

Some people have already been in touch to tell us they’ve finished the game! Well done, we’d love to hear from you directly about how long the game took you and of course if you enjoyed it or not.